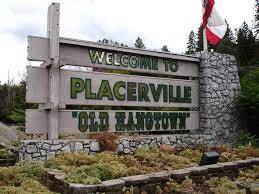 The history of Placerville, formerly Hangtown and Old Dry Diggins, has its roots in mining and was once known for its notorious reputation for vigilante justice carried out by hangings.

Old Dry Diggins was a gold mining camp on Hangtown Creek established in 1848. Millions in gold was taken from nearby ravines and hills- by 1910, $25 million in placer gold alone (quartz mining operations also occurred here) had been mined from claims in Placerville. Placerville was officially incorporated as a town in May 1854, and at that time it was the third largest town in California. In 1860, Placerville was a stopping point along the Pony Express Trail. It is now the seat of El Dorado County.

The history of Placerville represents several important points in California history, from gold mining, to the Pony Express, to railroad history. Today Placerville features many historical buildings and markers, including the Fountain-Tallman Soda Works (now the Fountain & Tallman Museum), the John Pearson Soda Works, the Combellack-Blair House, Confidence Hall, Hangman's Tree, the Church of Our Savior, the Placerville Bell, and the Hangtown Gold Bug Park & Mine.

As of the 2010 Census, Placerville's population was 10,389 people. Main Street and Downtown are popular tourist destinations, and nearby Apple Hill, known for its wineries and orchards, is east of here.

Placerville is located on Highway 50, approximately 44 miles east of Sacramento. The historical marker is in downtown Placerville on the northeast corner of Bedford and Main Streets. 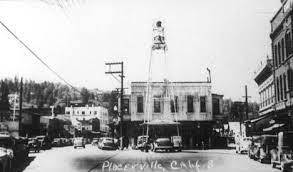 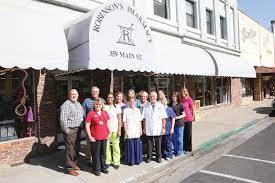 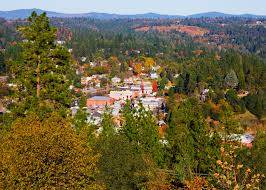 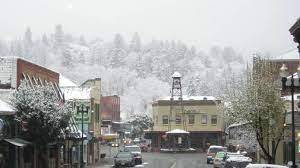